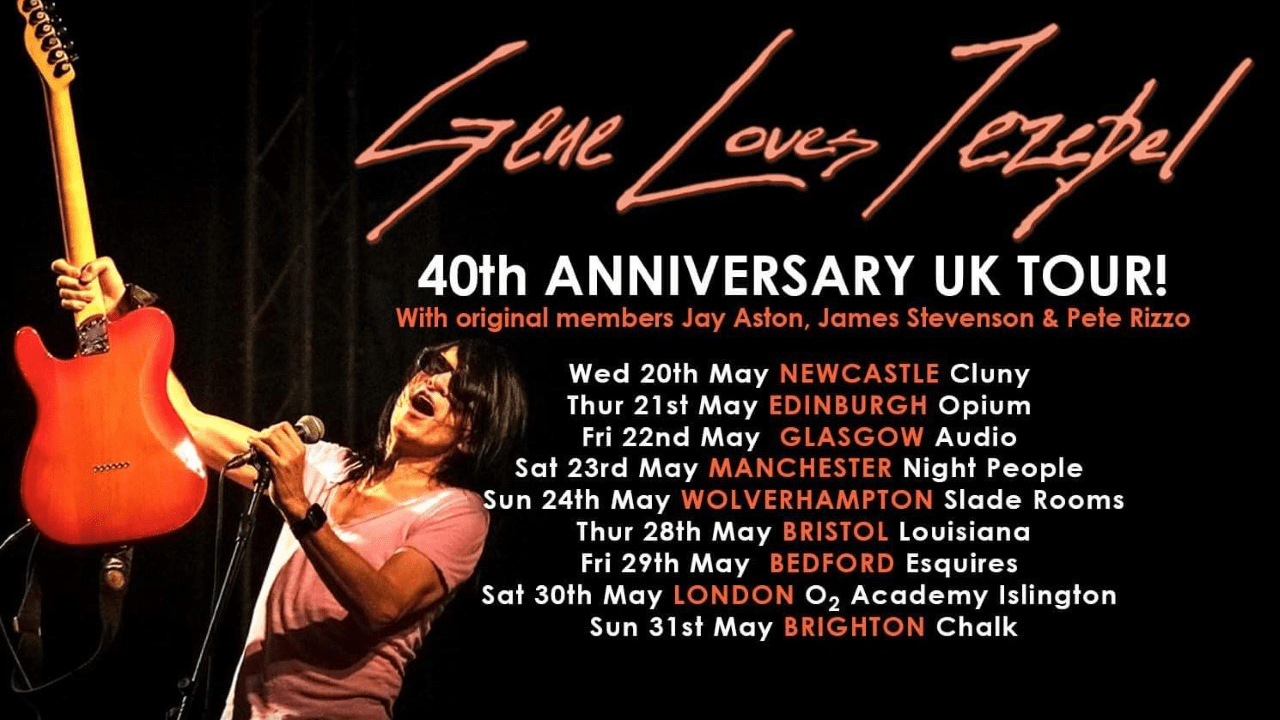 May 2020 will see Gene Loves Jezebel embark on their 40th Anniversary UK Tour! Even bigger than last years, when the band released Dance Underwater, their first studio album of new material in 15 years via Plastichead. Fans can expect to hear all the classic GLJ songs plus a few from the critically acclaimed new album too! Last tour they wowed audiences both sides of the continent and live, they are seriously on fire, so make a date with destiny and be part of their 40th Anniversary celebrations!