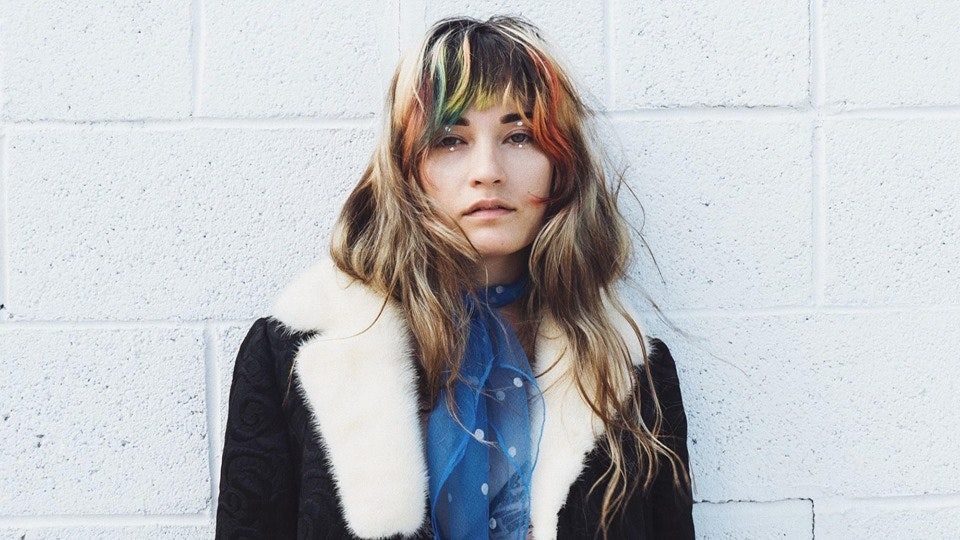 Buy from Fatsoma
Buy from General

We are thrilled to welcome Lauren Ruth Ward to The Rose & Monkey Hotel on Thursday 12th December, for an intimate, duo show.Very special guests are Rachel Rimmer + Emily LockettTickets are available now via:www.ticketweb.uk/event/lauren-ruth-ward-the-rose-monkey-tickets/9863505 orwww.seetickets.com/promoter/jezebel-music-presents/11343Physical tickets are also available from the venue or at Vinyl Exchange, ManchesterLauren Ruth WardDeclared by music critics as a cross between Janis Joplin, Florence Welch and Courtney Barnett, Lauren Ruth Ward is a force of nature. Her lyrics are secrets to strangers, writing about her life’s trajectory sharing both vulnerability and strength delivered with grit and vibrato. Her band flirts with 1950-90’s rock and roll nuances, allowing Ward to release a powerhouse of raw, visceral emotion in their live show. Her critically acclaimed debut album Well, Hell introduced her too a worldwide audience, with accolades from NYLON, Noisey, Consequence of Sound, The Los Angeles Times, Indie Shuffle and more. She has played to sold out crowds in US and overseas, sharing stages with artists as diverse as Keith Urban, Shirley Manson, Eddie Vedder, Yeah Yeah Yeahs, Shakey Graves, LP and Liz Phair. Her band capped off last year with a cover of “White Rabbit” in celebration of Grace Slick’s birthday and paid the same respects for Jim Morrison’s 75th by releasing “Happy Birthday Jim”, a 7 song Doors tribute album which included music videos for all 7 tracks. Ward hit the ground running this year releasing 6 original singles and 3 music videos.This prolific catalog includes; “Valhalla”, “Hungry Barber”, “Pullstring”, “We Are Grown Ups”, “Wise Gal” and soon to be released “Super Bullshit”. “Same Soul”, a collaboration between Ward and Desi Valentine for Jack Daniels was also released. Ward is addicted to discovering herself. She joined forces with Chris Hess of SWIMM for their side project called Aging Actress, directed/produced a music video for Alicia Blue’s song “Incognito” and will be releasing a 12 track, 5 music video, body of work in the new year. She is inspired by everything and is most thankful for her guitarist / writing partner Eduardo Rivera for nurturing their creative process.www.laurenruthwardmusic.comRachel RimmerSwansea-born but Manchester based, Rachel Rimmer is a singer-songwriter to watch for alternative folk fans. She released her first EP Truce in 2016, which was described by Drowned in Sound as ‘a beautiful collection of soft, bluesy sounds, ideal for a lazy summer day’.Emily LockettEmily is a singer/songwriter from Stoke-on-Trent. Emily first started learning to play the guitar at the age of about 5 and started writing songs from age 12. Emily’s song “Reflection of Me” was highly commended in 2017 in the national Song Academy Young Songwriter competition (age 13 – 18 category) and “Nice Eyes” repeated this in the 2018 competition.Emily’s first collection of self-penned songs, called “Reflections of Me”, was released in December 2016 and in December 2018 a second EP called “My Imagination” was released and was awarded 5 stars by Maverick Music Magazine (Jan/Feb 2019 issue).Also in 2018 Emily won the “Artiste of Year 2018 – Peoples Vote” in awards run by British Country Airplay in conjunction with Country Road Radio and in 2019 Emily was voted Local Music Act of the Year by 6 Towns Radio.As regards live performances, Emily has opened for international and touring artists and played in a variety of venues, from small clubs in Stoke on Trent & Manchester to bigger festivals like 110 Above Festival.