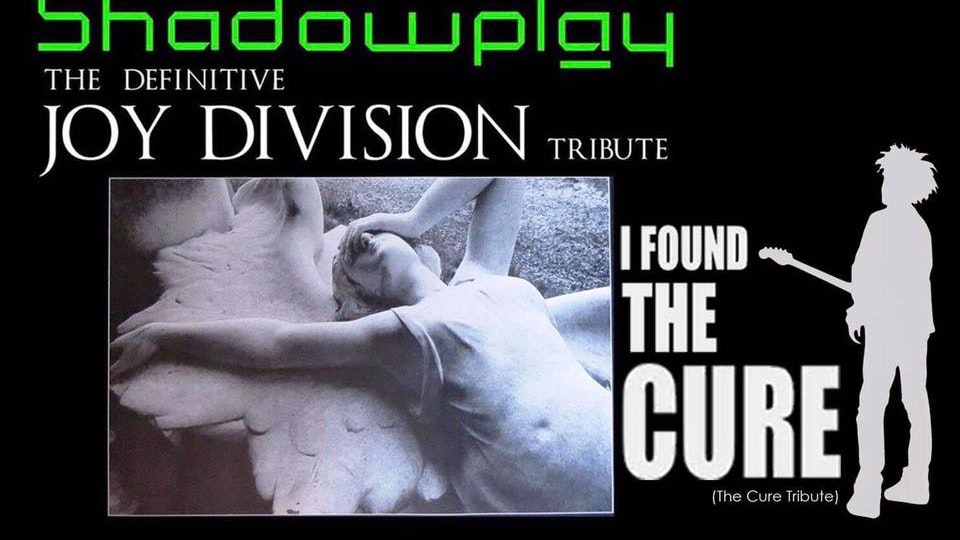 Due to serious health issues, LIZZIE & THE BANSHEES are not able to play these two shows after all, they had been originally postponed to give time for Mark to make a good recovery, they had hoped but Mark’s recovery has been so much slower than expected and he is just not well enough to do these shows. We hope everyone will understand that this was not the outcome any of us expected. Of course full refunds will be issued if they are asked for but please consider this amazing alternative line up we have in place instead before making that decision. The other co-headliners I FOUND THE CURE from The Netherlands will play a full set and replacing L&TB will be SHADOWPLAY – The Definitive JOY DIVISION Tribute, all original tickets remain valid! So still two full length sets from two terrific Tribute acts! Shadowplay – The Definitive Joy Division Tribute ‘…present a powerful sound and image uncannily close to that of the original band, which places them in a unique position. Their show is the closest re-enactment of a JD show available anywhere.’Marcus as Ian Curtis (Lead Singer)Manchester born actor and musician. He has previously sung in a band onstage with Hooky himself on bass playing Joy Division material (at a charity event in Manchester). Hooky hinted Marc could make decent money in a JD tribute. So, after years of being told he sounds like Ian Curtis, Marcus has given in and decided it is time to play the man himself.Luca – Bernard Sumner (guitar + synth)Previously of Italy’s premiere JD tribute, has extensive experience of playing the material across Europe. Pays meticulous attention to the nuanced details of the mood music of JD and is responsible for leading the band in rehearsals. Is versed in every single Joy Division song ever released.Chris – Hooky (Bass)Bass player with a big presence. Obsessive JD fan and diligent collector of their vintage equipment. He has accumulated all of Hooky’s types of gear. “(I’m) basically a bit of a JD nut, and the only tribute band I’d ever want to be in is a JD one!”Rob – Steven Morris (Drums)Machine-like and dexterous drummer, vital spine of the band. A real powerhouse.Post-gig DJ SetAfter their live set the band are happy to take care of DJ’ing duties; playing a discerning set of underground postpunk, Coldwave and neo-postpunk. Shadowplay also encourage local bands with post-punk/Joy Division influences to get involved as support acts.“I Found The Cure” is a “The Cure” tribute band from Doetinchem, the Netherlands. With the right New Wave sounds and looks, packed in an energetic live performance they bring the ultimate “The Cure experience” to you.After playing shows in venues like Melkweg Amsterdam and Biesenrock Festival Belgium the band got rewarded as “Nr. 1 tribute band from the Netherlands” in Dutch newspaper “De Volkskrant”.