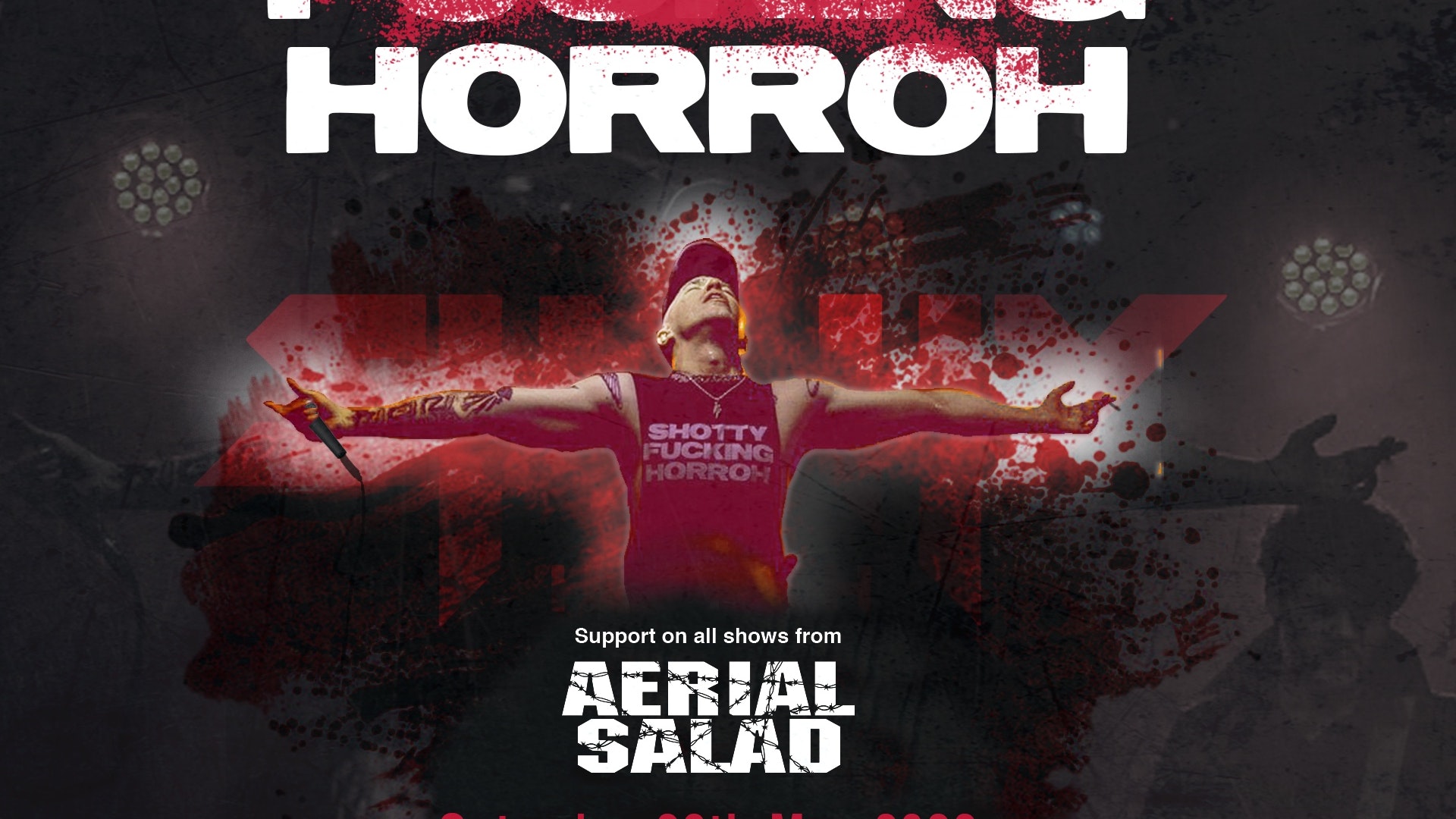 Shotty Horroh
The UKs most infamous battle rapper come fully fledged rockstar Shotty Horroh is a true underground music legend and is gracing us with a final tour and album, the long-awaited follow up to ‘Salt Of The Earth’. Shotty’s full band shows boast an incredible blend of socio-economic/political commentary delivered in a unique mashup of indie rock and rapping.

The Innabit Tour Part 1 is the start of Shotty’s farewell tour as he looks to pursue global domination in the indie wrestling scene.

Joined by the Karatesuit and Ben Robbinson (of twisted wheel fame) these one off gigs will be unmissable.
https://open.spotify.com/artist/4a95izyFgvXS2JYqL8rANq

Aerial Salad
One of the UK’s best underground bands, Aerial Salad may not be a band you’ve seen before but they are certainly a band that will blow you away. Aerial Salad are what happens when you cross the attitude of early punk rock with the Madchester movement, sitting somewhere inbetween Idles and The Stone Roses. Salad are a band that have forged their own path in the music landscape and are Shotty’s favourite punk band. Aerial Salad have multiple European tours under their belts as well as featuring on Soccer A.M, Radio X, BBC Radio and more, and have built a reputation for unpredictable, high energy performances that have left many a jaw dropped.
https://aerialsalad.bandcamp.com/